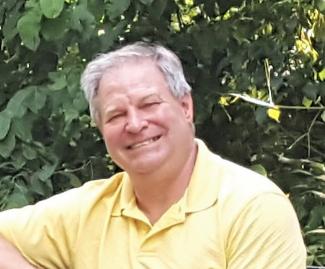 Bill Rone is the Community Engagement Advisor for our Indiana and Ohio teams and he works with our team of Community Engegament Advisors in other states. In this role, he works directly with individuals as they release from incarceration and return home to their families and communities. He is ideally situated for this work because he identifies as a recovering addict and was incarcerated three times over the course of his lifetime for drug crimes. He recently celebrated ten years of sobriety and was released from prison for the last time on June 23, 2011. Rone began his work with IJRD as a member of our inagural class of Post-Master's Fellows in 2019.

Prior to joining IJRD, Rone worked with the Prison Education Project in St. Louis, a program based on the Bard Prison Initiative run by Bard University in New York. In this role, Rone developed reentry content for incarcerated individuals completing an Associate’s degree during their incarceration. Rone was also one of the founding members of the Community Liaison Board at the Washington University in St. Louis. In this position, he served on the Board of Directors (which was comprised exclusively of formerly incarcerated members) and facilitated connections between service providers and individuals after they released from incarceration. Additionally, Rone worked a non-profit organization that provided an inclusive service model to formerly incarcerated individuals.