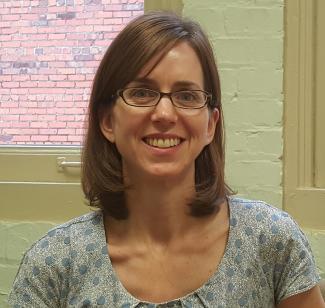 Maria Morrison is in her third year of the PhD program at the Brown School of Social Work at Washington University in St. Louis and is an NIMH T32 Predoctoral Fellow. For ten years prior to entering the doctoral program, Morrison was a social worker for the Equal Justice Initiative, a non-profit human rights organization focused on reforming the criminal justice system. In that role, she served on the legal teams of children sentenced to die in adult prisons and also helped develop and implement reentry programming for men and women leaving prison after serving decades-long sentences, often beginning in childhood. Morrison returned to school to help further develop social work knowledge about the experiences of the incarcerated and formerly incarcerated and improve programming for this under-served population.  In particular, her research focuses on the gap in knowledge about the cumulative traumatic stress common in the lives of incarcerated and formerly incarcerated men and the ways in which the history of racial injustice inherent in the criminal justice system creates challenges in the reentry process, both for those returning from prison and those communities receiving them.